How to drink more mindfully

By Laura Potter
Nowadays we’re taking ownership of when we want to enjoy alcohol, and when we’d rather keep a clear head

As seems to be customary these days, we tend to start with an extreme, and settle into something far more achievable and balanced. Taking part in Dry January or Sober October can jolt us into recognising how much of a habit it’s become to reach for a glass of wine or a G&T after a tough day. But even if it didn’t convince you to go teetotal, you might have chosen a more mindful, conscious approach to booze.

One of the pioneers of the trend, Catherine Salway, founded dry cocktail bar Redemption as a London pop-up in 2014 and has seen the mindful drinking trend continue to grow ever since. ‘When we first started, people thought we were mad, and it would never catch on,’ she says. ‘We initially appealed to women under 25, but now we have an equal male/female split and lots more over-30s.’

And mindful drinking isn’t just ‘a London thing’. A recent study in The Lancet found that since 1990, UK alcohol consumption has dropped by almost 10%, and almost a third of all alcohol sold in England is consumed by just 4% of the population. Or, as Salway puts it, ‘We probably hit peak booze five years ago. Young people were sick of seeing the older generation drunk, decided it wasn’t cool, and alcohol lost its grip on society.’ We’re constantly warned we’re a nation of binge drinkers, but in fact, only one in seven women and one in four men now drink more than the recommended 14 units per week.

So, yes, we’re drinking less booze, but we’re not sitting at home sipping water. The non-alcoholic beer, wine and spirits market is now worth £116 million; Brits spent £71.4 million on low or no-alcohol wines last year; and sales of ‘dry’ spirits are predicted to double in the next five years. We still love gin (we bought a record 82m bottles in 2019), but non-alcoholic spirit Seedlip also enjoyed a 270% growth in just a year. And even as we stocked up on booze during lockdown, sales of low- and no-alcohol drinks also saw a 32.5% uplift.

Mindful drinking means the right mix of tipsy evenings and clear-headed mornings. We still enjoy a decent glass of wine on a Friday night, but we also want to avoid a hangover and still be able to go for that jog on a Saturday morning. We’re also recognising that 14 units of alcohol add up to around 1500 extra calories, and that alcohol boosts appetite and makes us eat more, so can affect weight management.

‘Projects like Dry January, Sober October and 5:2 have embedded teetotalism into culture, helping to remove judgement and people are owning it as a badge, instead of being apologetic,’ says Salway. ‘We called ourselves Redemption because we’re not trying to preach to everyone to be perfect, but almost everyone wants to have more healthy days, and socialising doesn’t always have to be at the expense of your health.’ Mindful drinking is as simple as that – you in the driving seat, deciding what kind of night you want tonight, and what kind of day you want tomorrow. Now that’s a healthy relationship with booze. 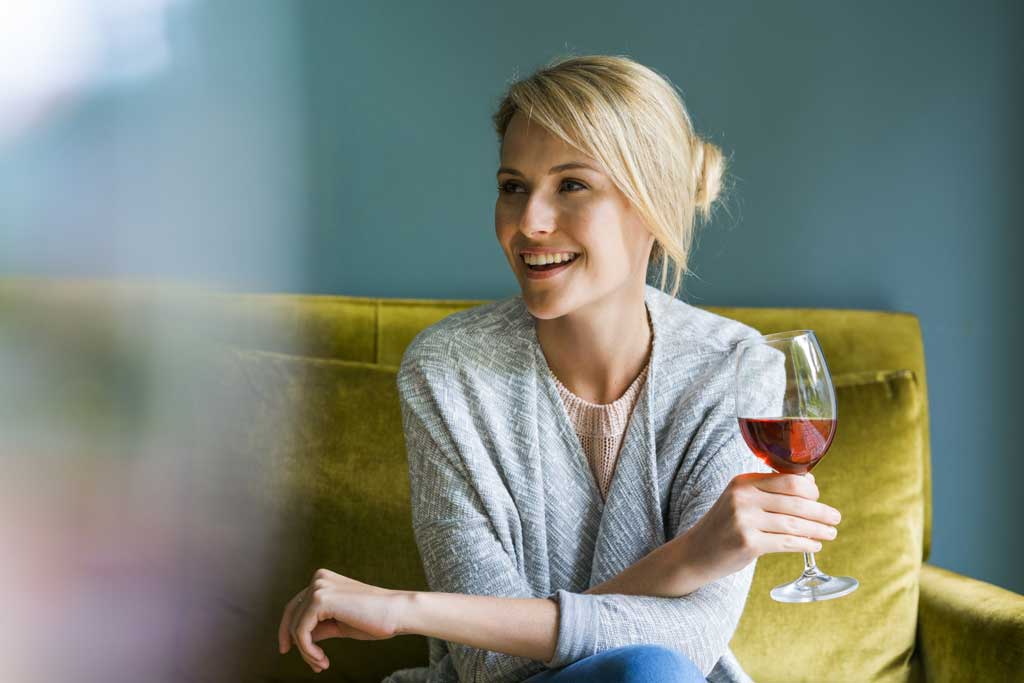 Article Name
Why mindful drinking is here to stay
Description
The trend for mindful drinking doesn't demand us to go teetotal. Instead, we’re taking ownership of when we want alcohol and when we don't
Author
Laura Potter
Publisher Name
Healthy magazine
Publisher Logo