Is going vegan good for you?

By Laura Potter
Experts say deficiencies linked to vegan diets are impacting our brains. So what are the risks of a restrictive diet?

Veganism has enjoyed a bumper couple of years, with those eschewing animal products quadrupling in five years. But, whether being vegan is a healthy is still up for debate. A number of prominent experts have been voicing serious concerns that there are potential serious health risks associated with being entirely plant-based – which are not being properly communicated to the general public, if at all.

So who are these experts? First, Professor Mary Fewtrell of University College London told an audience at the 2017 meeting of the European Society for Paediatric Gastroenterology, Hepatology and Nutrition that ‘it is difficult to ensure a healthy and balanced vegan diet in young infants, and the risks of getting it wrong include irreversible cognitive damage.’

Then, in August 2019, public health nutritionist Dr Emma Derbyshire, writing in the journal BMJ Nutrition, Prevention & Health, warned that we could be overlooking a potential choline crisis thanks to ‘accelerated food trends towards plant-based diets’.

Derbyshire worries we’re charging headlong into veganism, with a poor understanding of the implications. ‘These diets can be lower in vitamin B12, choline and omega-3 fatty acids – nutrients that are important for brain development and health, and become even more important at key life stages such as pregnancy, when foetal brain development is also taking place,’ she says. ‘These diets could be unintentionally impacting the health of the next generation.’

The risk: vitamin B12

The most widely discussed health risk of being vegan is a vitamin B12 deficiency – as this is only found in animal foods, including meats, fish, poultry, eggs and dairy, or those rich in microorganisms such as yeast.

‘Vitamin B12 is essential for brain health and is fundamentally unavailable on a vegan diet, except through supplementation or fortification,’ says dietitian Sophie Medlin. Medlin says that up to 50% of vegans are B12 deficient, and the impacts are far-reaching. ‘People can start to develop brain fog, anxiety and depression as well as bowel problems, because B12 is essential for nerve function, and you’ve got lots of nerves in your bowel,’ she explains. The risks for children and infants is even more concerning, causing developmental delay, seizures, failure to thrive, reduced IQ, intellectual disability and even brain atrophy.

‘Adults in the latter stages would experience paranoid delusions, irritability and sleep problems, while in children it can cause behavioural problems and irritability, thanks to poor brain development in the frontal lobes, which are crucial to socialisation,’ says Medlin. ‘In specialist centres, diet would be looked at, but parents or teachers struggling with a child’s behaviour may not think about dietary deficiencies.’

As a professor of paediatric nutrition, Fewtrell shares this concern. ‘Infants and toddlers have high nutrient requirements to ensure that they grow and develop normally – and this is especially important for the brain,’ she says. ‘Providing sufficient nutrients without using animal sources can be challenging and requires planning, as well as the use of supplements – especially B12,’ she says. She also points out another common pitfall: ‘Plant-based diets are bulky and infants have small stomachs, so they can easily get full without consuming sufficient nutrients.’

The risk: amino acids and choline

Amino acids, and the amino acid-like nutrient choline, also hit the headlines thanks to Derbyshire’s article. ‘The paper was about raising awareness,’ she says. ‘There is a need to better assess choline intake in the UK because at the moment we don’t know how much people are obtaining. Choline is predominantly found in eggs, milk, lean meat and fish. While it can be obtained from broccoli, soy beans and pulses, it’s generally in smaller amounts.’

But why is it so crucial? According to Harvard Medical School, choline ‘speeds up the creation and release of acetylcholine, a protein that carries signals among brain cells and is important for memory and assorted other brain functions.’ Research has shown people whose diet is high in choline are more likely to do well in memory tests, while MRI scans have associated high choline consumption with healthier brain tissue.

While the body does produce choline, it can’t make it in sufficient quantities, so you need to get it from your diet. Similarly, there are nine ‘essential’ amino acids that the body cannot produce and must be sourced from food. ‘Animal proteins always contain all the essential amino acids,’ explains Medlin. ‘So if you’re only having plant proteins, you need to ensure you’re eating a wide range every day to get them. Soya contains all the essential amino acids, but not in the same proportions as a glass of cow’s milk or a piece of cheese.’

In one study, researchers followed 48,000 people for up to 18 years and found that those on plant-based diets had a 20% higher risk of stroke. Medlin thinks this is because vegan diets often lack certain nutrients, including omega-3 fatty acids, leaving brains vulnerable. These are essential nutrients which we can’t make ourselves so have to get from our diet – the NHS recommends one portion of oily fish per week, rich in omega-3s EPA and DHA.

‘ALA is the plant-based omega-3, and can be converted in small amounts into useful omega-3 fatty acids, but on its own it’s pretty useless,’ she says. ‘About 25% of our brain would be made up from DHA fatty acids in an ideal world, to shore up the physical structure of the brain, so when we remove fish oils, it’s like removing the bricks in your house and replacing them with polystyrene – it still works, but is less robust. Then if you have any sort of weakness – you get a concussion or have a stroke – the chances of it being more damaging for your brain are higher.’ You also need EPA for your cardiovascular system, including the arteries in your brain and blood flow to your brain. ‘Vegans miss out on both, unless they supplement with algae oil.’

According to Medlin, vegans obtain less than 10% of the recommended amount of vitamin D from their diet. ‘All children – vegan or not – should be supplemented with vitamin D on a daily basis,’ she says.

Even those making small adjustments to their diet need to be aware. Almost a quarter of Brits have swapped to plant-based milks, and while they’re often fortified with vitamin D and calcium, producers don’t add iodine. A 2017 study of pregnant women in southwest England found 73% weren’t getting enough of this mineral. Iodine deficiency is a leading cause of preventable brain damage worldwide. Our main source is cow’s milk, so even non-vegans who steer clear of dairy are at risk. ‘Companies are bringing out plant milks without any fortification, which is irresponsible,’ says Medlin.

Finally, iron, needed for healthy blood cells, is harder to get from plants, as ‘non-haem’ iron isn’t as easily absorbed as iron from animal products. It’s thought 50 per cent of vegetarians are iron-deficient – a particular concern for young bodies. ‘Low iron will mean children struggle with energy, making them less likely to engage in learning,’ says Medlin. 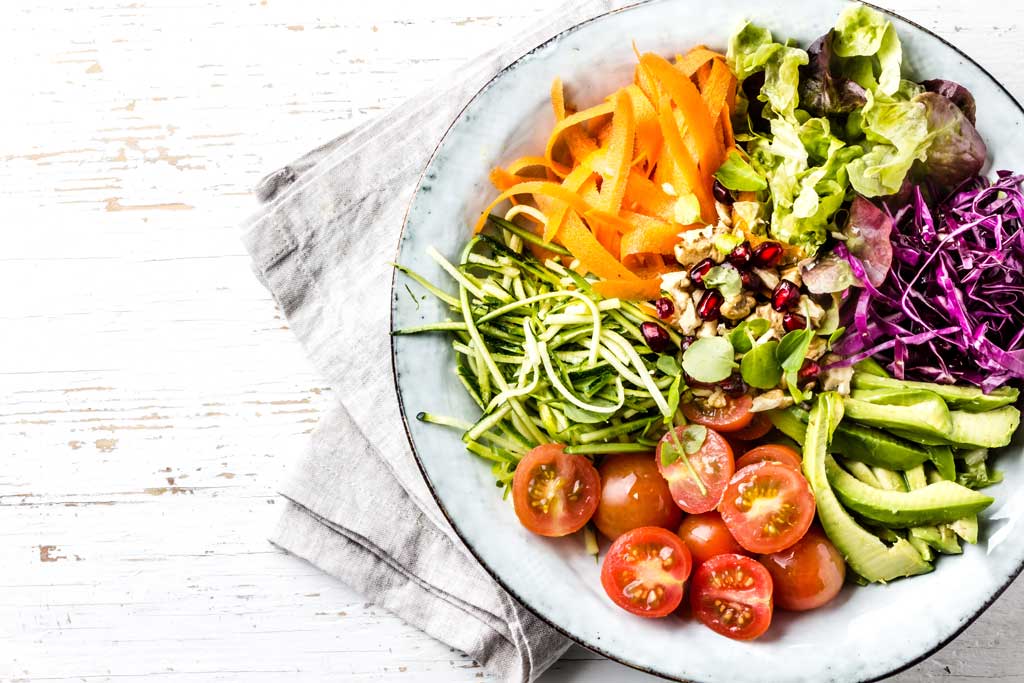 Article Name
Is going vegan good for you?
Description
Experts say nutrient deficiencies linked to vegan diets are impacting our brains. So, is being vegan healthy and what are the potential risks?
Author
Laura Potter
Publisher Name
Healthy magazine
Publisher Logo