By Hattie Parish
It’s all uphill from here 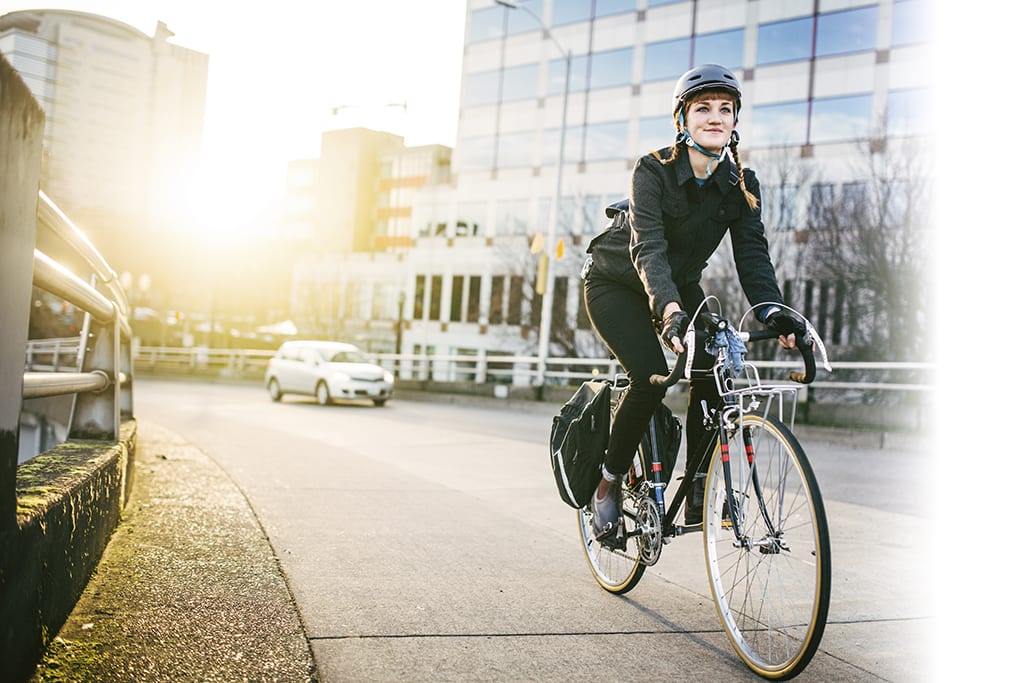 No, they’re not for lazy people. Nor are they exclusively for the elderly, the injured, or those returning to cycling after a break (although they are great for them, too). E-bikes are for everyone, and once you try one, you’ll see why.

After sneering at our European friends for their early adoption of the electric bike, Mintel recently reported that us Brits are finally beginning to see the light too, with sales taking off and an ‘e-bike revolution’ on the horizon.

Whether you want to break into cycling, you’re seasoned but starting to find those hills a challenge, or you’re just fed up of turning up to work a sweaty mess, an e-bike could be the answer. Plus, they’re great fun. And with Leonardo DiCaprio and even Prince Charles reportedly fans, we thought if it’s good enough for them, it’s good enough for us. So we took three top e-bikes through their paces.

A quick word on how e-bikes work: you do have to pedal! The power only kicks in when you do so, so you do have to put some work in. Most bikes have varying levels of assistance, plus you can choose to turn it off completely and voilà, you have yourself a normal (albeit rather heavy) bike. 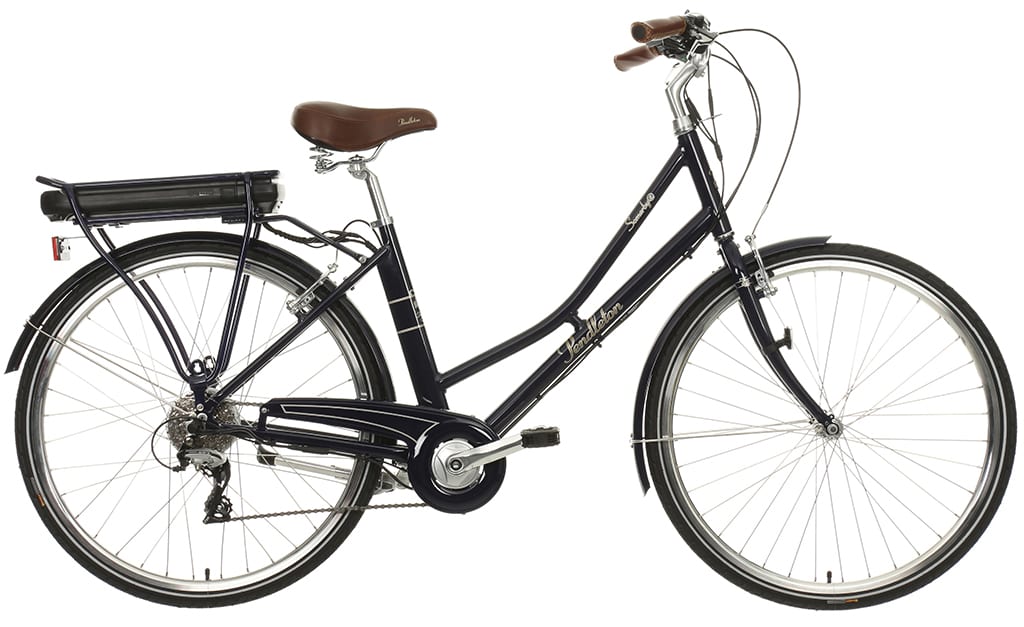 This was the lowest price point we tested, and that became obvious in terms of power – more on that later. Those familiar with the Pendleton range will know they make classic-looking, stylish bikes, and this is no exception. The battery is fairly discreet, brown faux-leather detailing gives a classy touch, and overall it’s still a lovely looking city bike – it was temping to stick a basket full of flowers on the front.

This was also the lightest we tested (i.e. – the only one I could struggle with up my front steps without assistance). The ride is comfortable, but favours an upright position, and switching power modes is easy, with the control unit mounted on the handlebars.

The power output occasionally feels inconsistent, but it’s generally smooth and low-incline hills are a doddle. Expect to work a little harder on steeper climbs. However, this was the only model that didn’t seem to gauge speed all that well. When travelling slowly, a new push on the pedals would sometimes result in a very fast lurch forwards – not ideal when trawling slowly up to traffic lights. This wasn’t something I experienced with other models – for them, the power output was generally relevant to the travelling speed. However, once I got used to this it was quite easy to manage.

The battery recharges in five hours, and claims to give a range of up to 50 miles per charge. I haven’t been able to put this distance to the test yet, but thus far it’s lasted very well on my meanderings around south London. It’s a great entry point and would suit those just getting back into cycling, or who aren’t interested in performance biking but still want something a little fancier. And at Halfords the range often seems to be on sale for £600 – pretty reasonable for an e-bike. 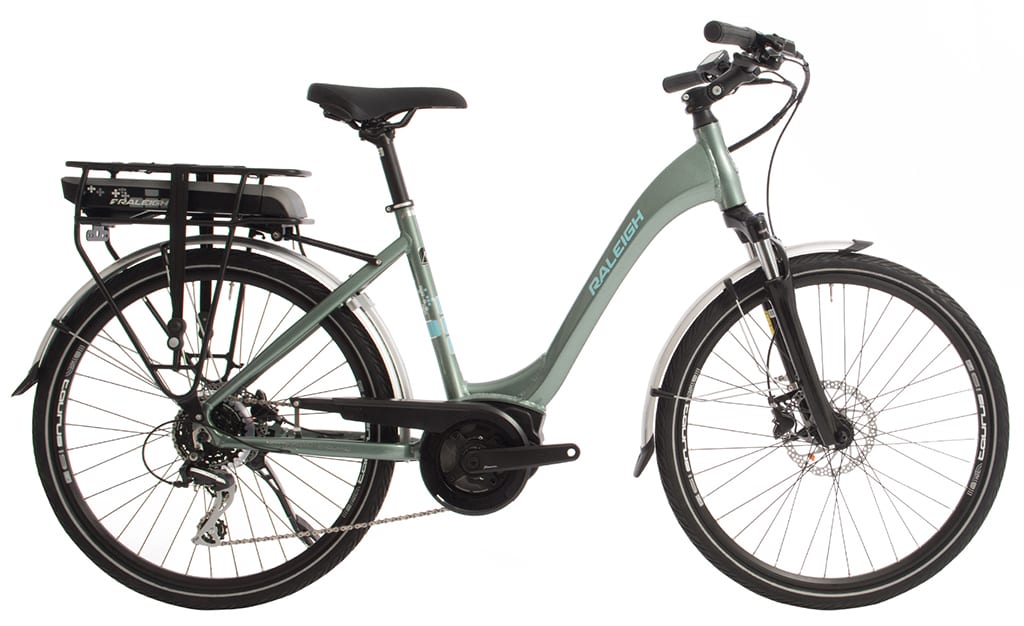 This thing was a beast. My boyfriend complained that it was like having a moped in our living room (thanks, London rentals and their lack of space), and he had a fair point. It felt really, really big (to be fair I am only 5”4), and even when wheeling it around it felt like it was straining to get away, like a keen racehorse.

The model I tested looked slightly different as it was in blue, and honestly, I wasn’t mad on the look. Everything seemed very spread out, and I felt like we took up a lot of space – making me afraid to cruise down the sides of buses or in-between bollards.

Having said that, the bike is incredibly smart (the on-board computer tells you everything you could ever need to know, bar your bra size), and it was so much fun to ride. I breezed up the steepest hills London could throw at me, and on flats felt like I could overtake Ferraris. And with all this power also comes longevity – Raleigh claim the battery can last 90 miles on a single charge – not bad.

I was afraid to leave this bike locked up anywhere – it attracts attention, and looks expensive. One morning, while waiting at lights with the commuter pack, a fellow cyclist looked the bike up and down, and enquired as to whether it was in fact, an electric bike. When I replied in the affirmative, he nodded wisely: ‘I thought it looked strange.’

It is of course pricey, and as with all bikes I’d recommend testing it out before buying. If you’re someone who has that kind of budget for your bikes anyway, or you’re super into cycling and expanding your collection to include an e-bike, it’s definitely worth considering. Otherwise, all the frills and the sheer power could feel unnecessary, and it feels a bit more like a mad toy than a serious bike. That does of course mean it’s a sheer joy to ride, though. 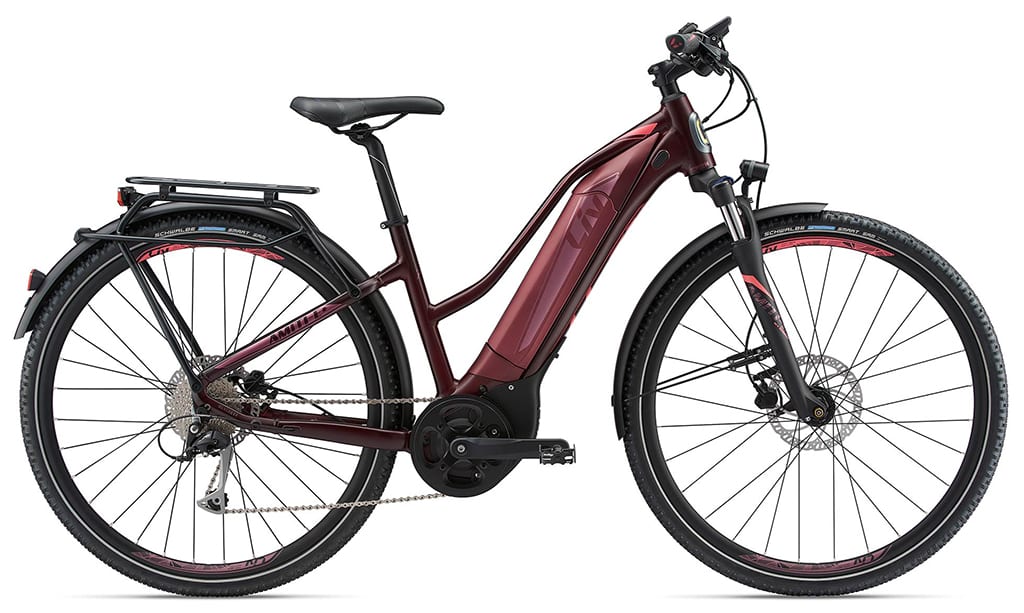 Within minutes of hopping on this (which you can do, thanks to the step-through frame), I knew it was my favourite. And I am well aware that it is by far the most expensive, so no real surprise there. I picked the bike up from the Giant store in St Pauls (Liv is the sister company to Giant), so subsequently my first ride was a 5-mile commute back to south London through busy traffic – a perfect introduction, you might say – and it handled it like a pro.

It’s hard to put my finger on why I liked it so much – perhaps it was the custom frame, built specifically with women in mind, or maybe it was the power distribution – it was the smoothest of the lot, and felt like it was giving you the exact level of assistance as and when you needed it. Honestly, it could have just been having Liv’s awesome ethos in the back of my mind (they’re for women, by women, and are all about empowering female cyclists to pursue their wildest goals and dreams). They have some great bits of kit, too.

It also looks great, IMO, and the battery is included in the frame, rather than mounted on the back, which I liked. I really felt the bike was in tune with me, and it was a pleasure to ride. The highest assistance level made something of a joke out of hills (it was almost unfair) and general cruising was fast yet controlled.

But enough waxing lyrical – to the practical points: it was pretty heavy, though not as heavy as the Raleigh (or perhaps I was getting stronger), but it took up far less space in my poky flat than the Raleigh had done, too – probably thanks to the female-friendly frame. The on-board computer gives you some useful info, but of course it’s not particularly practical to keep glancing down. Changing gears and power settings is simple – again it’s all handlebar mounted, and it has a sportier feel than the other two. It accommodates various riding positions and is very comfortable – and that’s from someone whose first ride was in a dress (I cleverly forgot I was picking it up when dressing that morning).

I would love to recommend this to every woman, whether you’re already into cycling or not. But it isn’t cheap, and the price is pretty representative of the full e-bike range – the cheapest is still more than £2k. But if you are considering an e-bike, give Liv some serious thought.

Article Name
E-bikes: healthy puts three top models to the test
Description
Whether you want to break into cycling, you’re seasoned but starting to find those hills a challenge, or you’re just fed up of turning up to work a sweaty mess, an e-bike could be the answer. But thanks to the impending 'e-bike revolution,' there's an array of choices on the market. So we took three top e-bikes through their paces.
Author
Hattie Parish
Publisher Name
Healthy Magazine
Publisher Logo 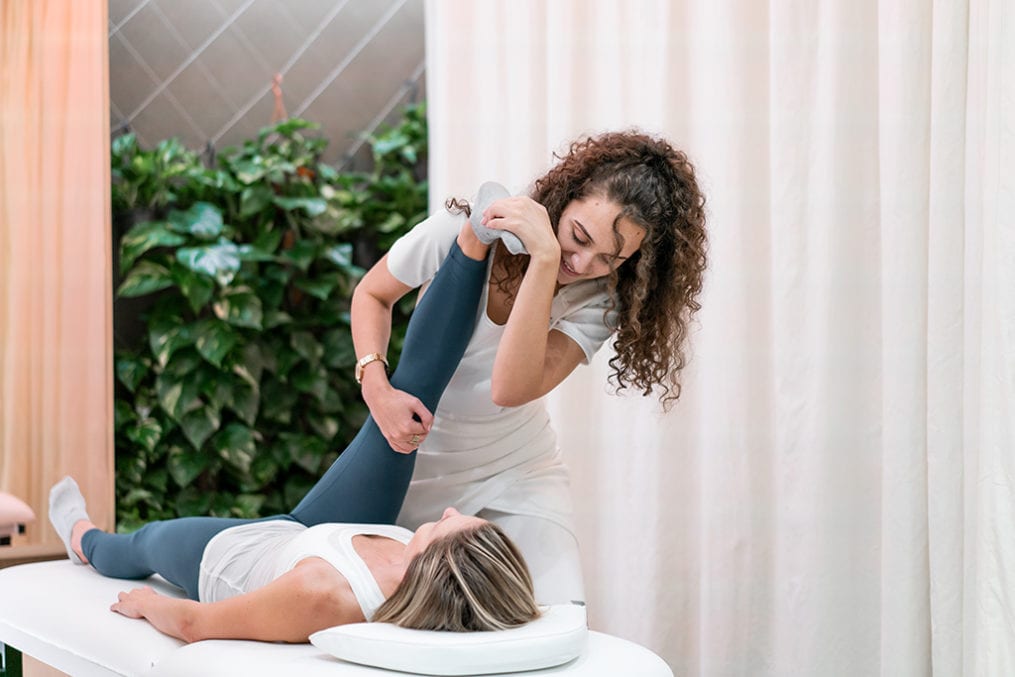 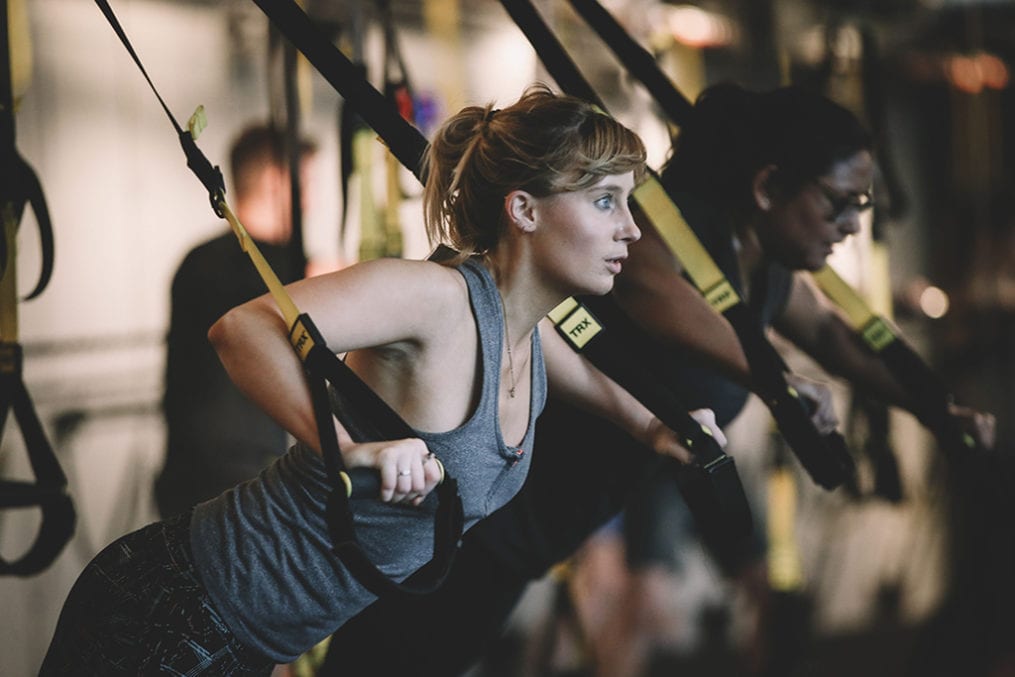 Fitness Class crashers: The Fore This fast-paced circuit class combines exercises on the Skillmill, rip trainer and TRX. So what did our writer make of it?