What is lucid dreaming?

Ever found yourself in the middle of a dream and realised that something wasn’t quite right? Whether you’re on a mission to Mars and bump into your old head teacher on board the spaceship, or you find yourself in the middle of a zombie apocalypse with only a rubber duck to use as a weapon, suddenly something clicks and you realise you’re dreaming. And more often than not, you wake up. But what if you could not only stay asleep but take control of the plot, too? Well, a practice called lucid dreaming is based on exactly that principle.

Lucid dreaming relies on the individual realising that they are in a dream and purposefully influencing the dream’s narrative. Like most dreaming, it typically occurs during rapid eye movement (REM) sleep, when your brain is more active and your heart rate increases, compared to nonREM sleep. It’s believed that around 55% of people experience a lucid dream during their lifetime, while just 23% of us have lucid dreams once a month, or more often. For some, it will occur spontaneously, while others actively attempt to experience a lucid dream. You can also seek lucid dream therapy (LDT), in which the practice is presented as a trainable skill.

As well as being an entertaining way to It’s thought learning how to dream lucidly could aid physical rehab, improve sports performance and even treat PTSD. Here’s how to go full Inception spend your nights, lucid dreaming is believed to have several positive applications in real-world scenarios.

While some people are easily able to get into a lucid dream state, others have to mentally prepare for it while awake. One technique called ‘reality checking’ relies on a real-world stimulus behaving differently in a dream, so you know you’re really asleep (think the forever-spinning top in the film Inception). You might train the behaviour of touching a wall when you’re awake, only for your hand to pass through it in your dream, or begin to notice that if you come back to reading the same line of text in a dream, it changes.

In another method, called ‘waking back to bed’, it’s recommended that you set an alarm five or six hours after going to sleep, wake up and stay awake for about half an hour, by doing something gentle like reading, then go back to sleep. The aim is that you’ll be immediately immersed into REM sleep, where you’re more likely to dream lucidly. You could also try mnemonic induction, where you repeat a phrase to yourself, such as, ‘Tonight, I will be aware that I’m dreaming’, in order to will it into happening.

As the dreamer can control the outcome, some people propose it may be useful for overcoming phobias. This is because the sleeper can gradually expose themselves to the things they fear in the safe environment of a dream (though research is needed to back up this theory). For people with recurring nightmares as a result of conditions including PTSD, gaining authority over dreams could prevent distressing outcomes.

Lucid dreaming is also thought to improve your motor skills, as the same area of the brain (the sensorimotor cortex) is activated when you move in a dream as when you move in real life. For this reason, it’s believed lucid dreaming might help athletes improve their performance, as well as having applications in rehabilitation for people with physical disabilities.

However, lucid dreaming might not be safe for people with mental illnesses that make it difficult to distinguish between thoughts and real-life events, such as schizophrenia. Also, people with ongoing sleep conditions probably shouldn’t actively try the ‘waking back to bed’ method, as it might deny them the rest they need.

It’s still relatively understudied, but scientists have been able to observe lucid dreaming by asking their subjects to perform a pre-agreed signal while they’re dreaming lucidly (for example, moving the eyes twice to the right and twice to the left in quick succession). The research has observed increased levels of activity in the frontal areas of the brain during lucid dreaming, compared to non-lucid REM sleep. This is significant because these areas, typically associated with higher-order functioning, such as logical reasoning, only usually show high levels of activity when we’re awake.

In a small study into PTSD, 23 sufferers who were experiencing nightmares were given either individual training, group training, or no training at all on lucid dreaming. Later, in a follow-up questionnaire, both treatment groups reported experiencing fewer nightmares, but there were no significant changes in sleep quality, or the severity of other PTSD symptoms.

A 2018 study analysed 16 lucid dreamers from different countries. Interviews found that they reported very realistic dreams, in which activities including sports could be practised, with the relevant equipment and sparring partners readily available. Thirteen of the 16 interviewees reported the positive effects of lucid dream practice, with 10 participants indicating that it improved physical performance afterwards. Other positive effects included improved confidence and flexibility. The findings seem to suggest LDT might be helpful in improving sports performance. However, this research relies on truthful reporting from a small group of lucid dreamers, so it might not be completely accurate. 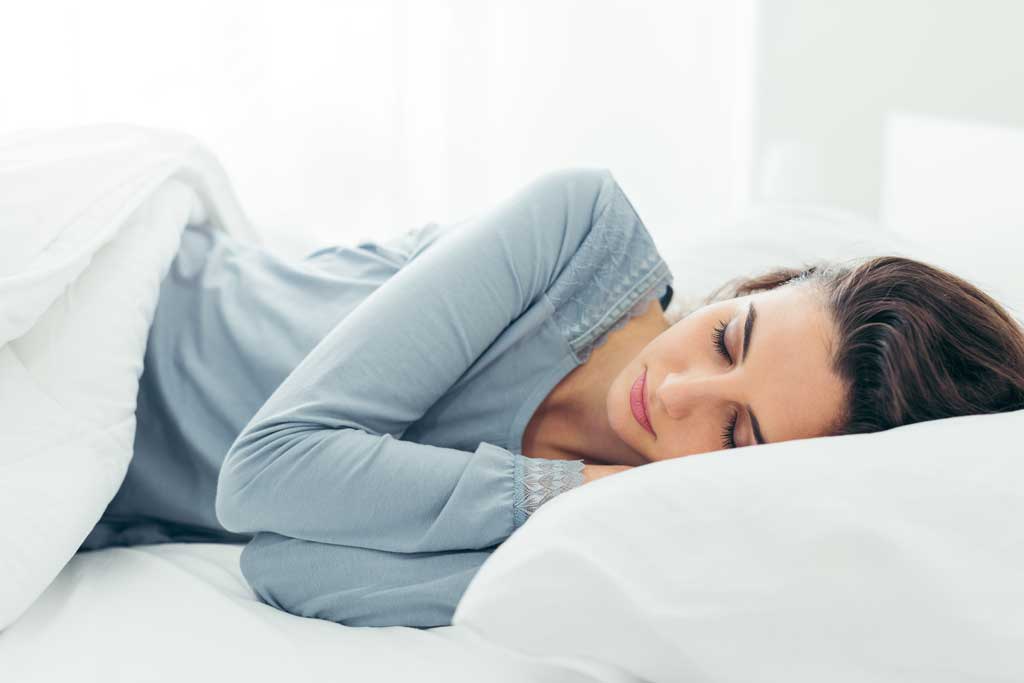 Article Name
What is lucid dreaming?
Description
Lucid dreaming could aid physical rehab, improve sports performance and even treat PTSD. Here’s what lucid dreaming is and how to do it...
Author
Niamh Leonard-Bedwell
Publisher Name
Healthy magazine
Publisher Logo