The update on endometriosis

By Rosalind Ryan
A new blood test could detect endometriosis in 90% of cases. But can it change the problems around how we treat it?

If we told you there was a painful health condition that affects up to two million women in the UK, takes around seven-and-a-half years to diagnose, costs the economy £8.2bn a year in lost working days, and can lead to infertility, you’d think we’d invented a Handmaid’s Tale-style medical disorder. But it’s real – and it’s endometriosis.

‘It’s a condition where the cells lining the womb get into the wrong places, such as the ovaries and Fallopian tubes,’ says Dr Jan Toledano of the London Hormone Clinic. ‘When the womb lining grows and breaks down, those stray cells do as well, causing severe pelvic pain.’ This pain can be bad enough to interfere with your everyday life, leaving you stuck in bed, unable to work or even see your friends and family.

Other symptoms include: heavy, painful periods; pain during or after sex; pain while having a poo; constipation; feeling sick or unusually tired; anxiety; and, sometimes, trouble conceiving. Peter Barton-Smith, consultant gynaecological surgeon for the Princess Grace Hospital, London, says, ‘Your pain will also generally have a cyclical nature, so it tends to be worse during your period.’

Some women don’t actually have any symptoms at all – and their endometriosis is only discovered during an operation for another unrelated condition, such as the removal of an appendix.

The exact cause of endometriosis is not known, but there are several different theories:

Retrograde menstruation This is where some of the womb lining flows back up through the Fallopian tubes and attaches to the organs in your pelvis.

Your genes Endometriosis tends to run in families, and some families from certain ethnic groups may be more susceptible.

Immune system disorder Your body fails to target and destroy endometrial cells outside the womb, and you may have reduced immunity to other illnesses.

Lymphatic spread Endometrial cells could travel around the body in the lymphatic system or bloodstream.

Toxins in the environment A new theory proposes that exposure to certain environmental chemicals, particularly dioxins, can trigger endometriosis, but no research has found that this happens in humans.

Your diet can also increase your chances of developing endometriosis. ‘Sugars can be a risk, while caffeine and alcohol may be triggers for some women,’ warns Dr Toledano. However, a 2015 review by Universidade Federal de São Paulo, Brazil, found a diet rich in omega-3 fatty acids, vitamin D, fresh fruits and vegetables – preferably organic – and wholegrains could help prevent endometriosis developing or getting worse.

Despite raised awareness, partly thanks to celebrities like Lena Dunham and Padma Lakshmi discussing their endometriosis, it still takes between seven and eight years to get diagnosed. Why? ‘It’s a double-edged answer,’ says Barton-Smith. ‘I still see women who have been told by their GP to put up with painful periods because periods are painful! But others may feel they’re over-complaining or don’t have the confidence to keep pushing for a diagnosis.’

This onus on women to keep pushing is a major part of the problem. Dr Caroline Overton, spokesperson for the Royal College of Obstetricians and Gynaecologists, says, ‘Endometriosis starts when your periods begin, but if you have nothing to compare it with, you might think painful periods are normal.’ Endometriosis also runs in families but if your mother wasn’t diagnosed, she may have unwittingly passed on the message that this is what periods are like. FYI – very painful, heavy periods are not normal, so see your doctor.

A lack of understanding and awareness among healthcare professionals may also be to blame, but that’s not surprising. Most have between five and 10 minutes for each patient, and they’re not endometriosis experts. Many of the symptoms could also be other conditions, such as irritable bowel syndrome (IBS). Keep a symptom diary, noting how many painkillers you take and the impact on your everyday life, and take it to your appointment – download one from the Endometriosis UK website. You can also ask to be referred to a gynaecologist, or swap to a different GP.

Treatment for endometriosis depends on your age, whether you want to get pregnant, your pain levels and the severity of the condition. There’s no cure, but it’s usually confirmed via laparoscopy (keyhole surgery). Dr Toledano says, ‘Endometriosis is classed as a surgical condition, but that needs to change. I believe the first line of defence should be hormonal treatment. That way, even if a woman does just have heavy periods, the treatment is the same.’

This could be the combined pill, progesterone-only pill, a hormonal intrauterine system (IUS), or contraceptive injections. These hormonal treatments block or reduce production of oestrogen, which is what encourages the endometriosis tissue to grow and shed. You could also take drugs that put you into a temporary ‘medical menopause’ by reducing the oestrogen, such as gonadotropin releasing hormone (GnRH).

You can ask your GP for natural progesterone, too. ‘Utrogestan is a body-identical progesterone made from yams,’ says Dr Toledano. ‘It can keep the “off switch” on your endometriosis, stopping painful periods. Many doctors don’t know they can prescribe it, but it is available on the NHS.’

If you cannot take hormones or they’re unsuccessful, if your endometriosis gets worse, you want to improve your fertility, or you want a definite diagnosis, you could have surgery. This is normally a laparoscopy to remove any growths. ‘Excising [cutting it out] is better than burning, so ask for a surgeon specially trained to do that,’ says Barton-Smith. Some women may be offered a hysterectomy, but that’s not suitable if you’re hoping to start a family.

How will a new test help?

A new blood test developed by Oxford University and MDNA Life Sciences can identify endometriosis biomarkers, tiny DNA fragments, in 90% of cases, even early on. ‘A test you can make a diagnosis with is the holy grail of endometriosis, but it’s early days,’ says Dr Overton. ‘Initial results are promising, but it’s still up to women to come forward with any symptoms.’

In an ideal world, a blood test wouldn’t be necessary. ‘If a woman tells her GP she’s in agony every month and has other symptoms, it should be taken that she’s got endometriosis,’ says Dr Toledano. Until that point, we need to educate ourselves. 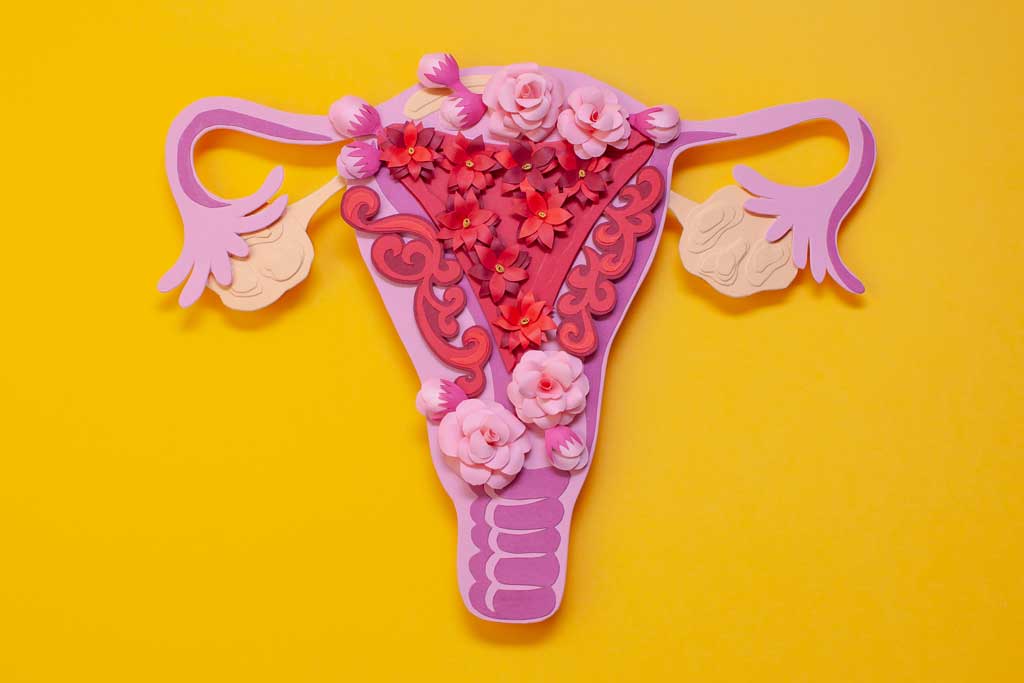 Article Name
The update on endometriosis
Description
A promising new blood test could detect this debilitating condition in 90% of cases. But what is endometriosis and what causes it?
Author
Rosalind Ryan
Publisher Name
Healthy magazine
Publisher Logo