By Healthy Magazine
It’s creamy, comforting and completely vegan, too! Try our ultra-inclusive vegetable pie for dinners with the family

There’s no reason to miss out on hearty winter warmers when you switch to a vegan diet. With its creamy, cheesy sauce and flaky pastry crust, you’d be hard-pressed to guess this pie is 100 per cent plant-based. That’s right – we’ve swapped butter for dairy-free spread in the pastry, and changed milk, cream and cheese for vegan alternatives in the sauce. Plus, the vegetables provide a range of nutritional benefits. The mushrooms are a source of plant-based protein, along with B vitamins and the antioxidant selenium, which helps support the immune system. Meanwhile, the parsnips provide vitamin C, vitamin K and folate, and leeks contain provitamin A carotenoids, which the body converts into vitamin A for eye health.

1 Combine the flour, salt and dairy-free spread in a large bowl and rub together in your fingers, until it resembles breadcrumbs. Add in a small amount of cold water, using a butter knife, and mix the pastry until it just comes together. Wrap the pastry in cling film and chill for 20 minutes.

2 Preheat the oven to 200°C/180°C fan/gas mark 6. In a large frying pan, heat the oil and fry the leeks, mushrooms and parsnip until soft and golden. Sprinkle the flour over the top and mix well in the pan, until the veg is coated. Turn the heat off and gradually whisk in the soya milk. Add the mustard and bring to a simmer, whisking to avoid lumps. Once the mixture has thickened, add the soya cream and cheese, mixing together until the cheese melts. Season well and place in a large pie dish. Set aside until needed.

3 Lightly flour a surface and roll out the pastry to about the thickness of a £1 coin. Brush the edges of the pie tin with a little soya milk and then cut long strips of pastry to run around the lip of the dish. Brush the strips with soya milk, too. Lay the pastry on the top of the dish and press down gently. Now crimp the edges using a fork, or your fingers, and cut a small steam hole, or slit, in the top. Place in the oven for 25-30 minutes or until the pastry is golden and the filling is bubbling. Serve immediately with green vegetables on the side. 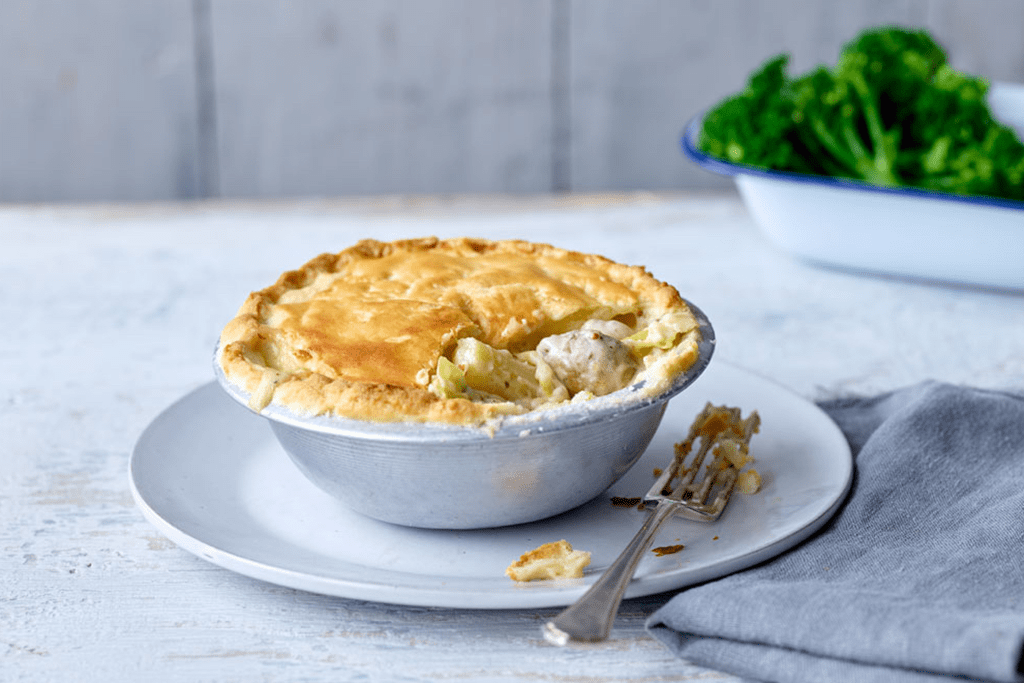 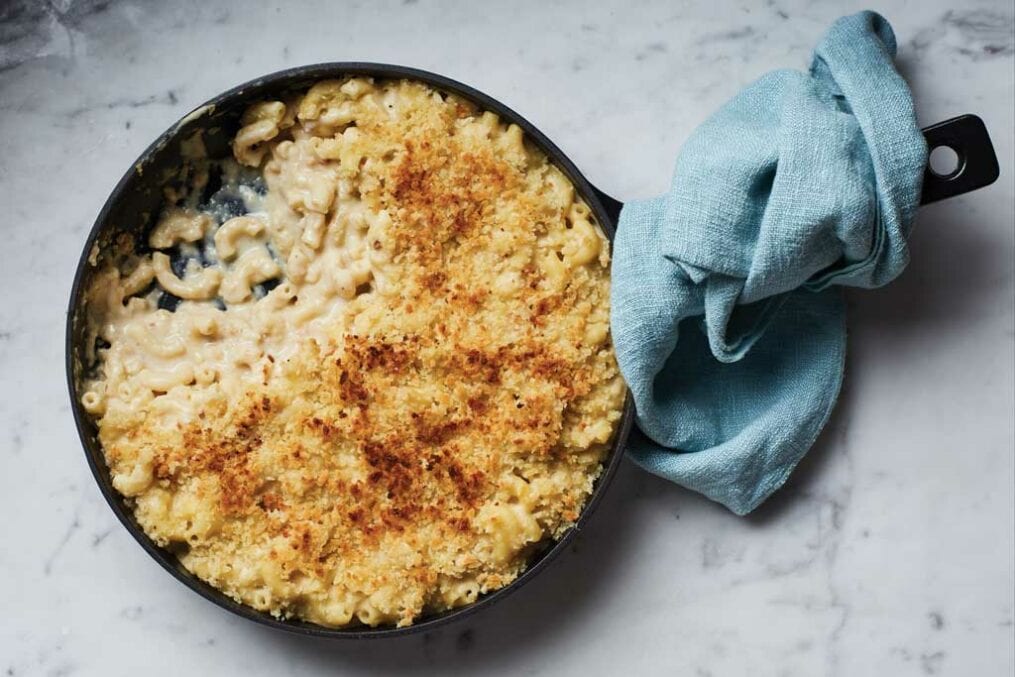 Food Ultimate vegan mac and cheese This tasty dish from Bosh! is perfect for those evenings when you fancy something creamy, cheesy, carby and comforting!