Should I try laughter therapy?

By Niamh Leonard-Bedwell
Embracing our silly side is fun, but proponents of this practice believe it boosts our health and wellbeing, too

It’s often said that laughter is the best medicine – and there’s hard science behind the expression. When we laugh, endorphins – known as our happy hormones – are released into the blood stream, lifting our mood in a similar way to the kind of feelings we might experience after exercise.

In 1995, intrigued by the research on the benefits of laughter, Mumbai-based medic Dr Madan Kataria created his own Laughter Club. He gathered his small laughter therapy group together in one of the city’s public parks to exchange jokes and funny stories. Passers-by were intrigued by all the laughter and soon the group grew from five to 50 people.

Eventually they ran out of stories to tell, but Kataria theorised that the act of laughing alone might be enough for patients to reap the benefits. He started encouraging the group to act out the laughing sounds until the laughter became real and contagious. This developed into a technique called laughter yoga, which is now practised in groups all over the world.

A typical laughter yoga session will involve breathing exercises, stretches and guided routines to help get you laughing. Your instructor might tell you to think of a funny memory, ask you to act out some different types of laughing, or encourage some awkward eye contact with different members of the group in the hope that someone will crack. The idea behind this fake-it-till-you-make-it approach is that even if you aren’t feeling it at first, real laughter will eventually take over and you’ll begin to reap the benefits.

Laughter reduces stress, helps banish tension and relaxes our muscles, helping us sleep better. It’s also believed to boost our immune system and help us take more oxygen into the body, improving energy levels. Laughing can also improve muscle tone – think of those times when your tummy actually hurts from laughing – and provide a fun form of cardiovascular exercise.

Loads. Dr Lee Berk, associate professor of Health Promotion and Education at Loma Linda University in California, began researching the benefits of laughter in the late 1970s. He observed that laughter could reduce the effects of the stress hormone cortisol. Berk’s research also revealed that laughter can increase levels of natural killer cells, a type of white blood cell, which are needed to fight off viruses and tumour cells and keep the body healthy. Lots of research has been conducted since to link laughter with other health benefits.

In a laboratory study, subjects were falsely led to believe that they would receive an electric shock after 12 minutes. While they waited for the shock, they were played either a funny tape recording, one that wasn’t funny, or no tape at all, while markers of anxiety were measured. Those who listened to the funny tape rated themselves less anxious than the other two groups.

A study published in 2014 looked at the impact of laughter yoga sessions on the general health of 38 male nursing students. The participants were assigned either one hour of laughter yoga a week, or no intervention. Overall, the group who took part in the laughter yoga showed improvement in their general health, with a reduction in sleep disorders, anxiety and depression. While the results are promising, note that this research was only carried out on men.

A 2012 study investigated whether laughter therapy could have wellbeing benefits for women going through menopause. Subjects participated in five 30-minute sessions of laughter therapy with results measured against a control group. A series of questionnaires revealed that laughter therapy helped increase optimism and self-esteem and reduce depression for menopausal women, compared to the control group. 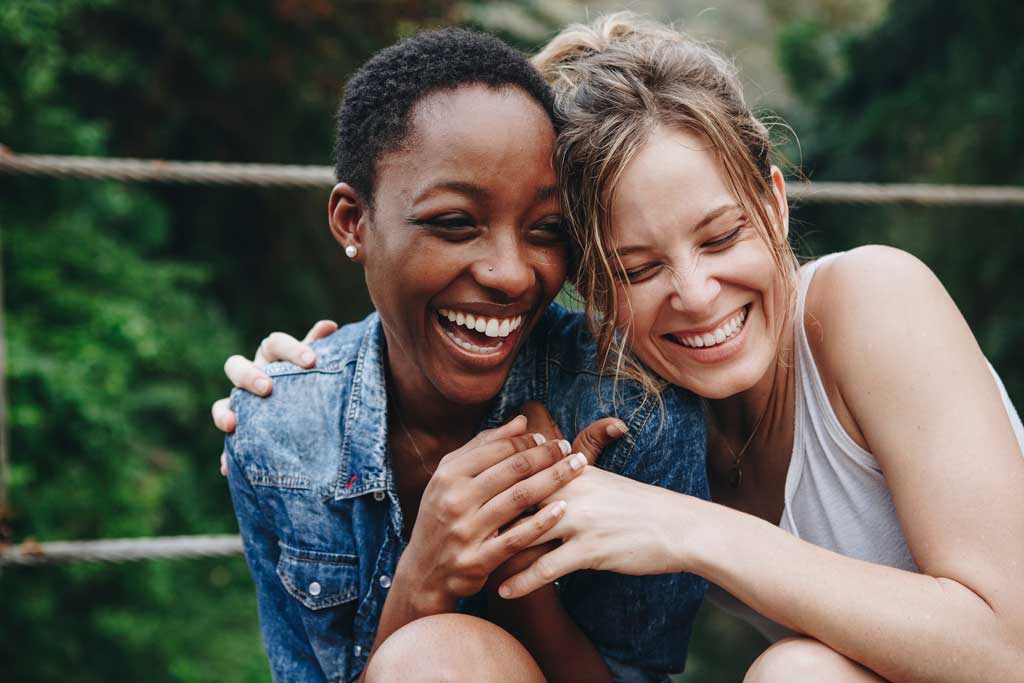 Article Name
Should I try laughter therapy?
Description
Embracing our silly side is fun, but proponents of laughter therapy believe it boosts our health and wellbeing, too
Author
Niamh Leonard-Bedwell
Publisher Name
Healthy magazine
Publisher Logo