Are carbohydrates good for us?

C arbs have got a bad rep. From the success of the Atkins diet to the ‘no carbs before Marbs’ culture, for many people, carbs are labelled in blanket terms as ‘bad’. And while there is some scientific evidence against certain types of carbs, their negative reputation is, in part, down to misinformation.

Experts argue that not only is the ‘carbs are bad’ mantra confusing, it’s also largely wrong. What most carb-based research shows is, in fact, what we already know – a balanced, Mediterranean-style diet (including complex carbohydrates – not refined or processed carbs) is the best for us, and that counts for everything from menopause to diabetes, obesity to cancer.

Forming a healthy relationship with carbohydrates is a positive step for your health and wellbeing. We look at the good and the bad when it comes to carbs.

Sales of sliced bread have slumped by 12 per cent over the past five years, while the rise in gluten-free diets – whether due to genuine intolerance or not – fuels the carb decline. A recent study suggests that women who eat more white pasta and rice reach the menopause one and-a-half years earlier than those who abstain, and overindulging has been linked to obesity, stroke, heart disease and, most notably, type 2 diabetes.

‘With diabetes, it’s not actually about cutting out carbs but being aware of the carbs you’re eating. Your medication is then balanced with your intake,’ says dietitian Faith Toogood. Anthony Warner, aka The Angry Chef, agrees: ‘For some people, there’s pretty good evidence that restricting, not cutting out, carbohydrates is a good way of exercising glycaemic control. But everyone is different, and should be guided by their clinician.’

It’s worth remembering that starchy processed carbs break down into sugar. Refined sugars are usually held responsible for the staggering rise of diagnosed cases of diabetes – currently standing at 3.7 million in the UK, with another estimated million undiagnosed. A small bowl of cornflakes will eventually affect your blood glucose to the same extent as 8 tsps of sugar, and studies show that carb-loaded cereal products make up almost a quarter of our overall food contribution to daily free sugars.

A recent survey found that 54 per cent of us lack fibre in our diet. ‘By far the best sources of dietary fibre are carbohydrates,’ says Warner. As well as helping to maintain good digestive health, ‘fibre is very valuable in feeding your gut microbiome,’ he adds. ‘And there are loads of health benefits to that.’ ‘Carbs are a vital source of slow-release energy, and contribute iron, fibre and lots of vitamins and minerals, especially B vitamins, which we need for energy,’ says Toogood. ‘Cut them out and you’re missing out on a whole food group.’

But it’s not just about what you stand to lose – we must also consider what steps in to fill the loaf-shaped hole in our diet. ‘There are three main ways of taking in energy: carbs, protein and fat,’ says Warner. ‘When you cut carbs, you have to replace the calories with something. We generally keep the amount of protein we eat the same, so usually the carbs are replaced with fat.’ While ‘good’ fats are an essential part of our diet, most experts agree that we should get no more than 30 per cent of our calories from fats. And too much of the less-healthy sources – trans and saturated – is not only bad for health, but more likely when another food group is excluded.

‘I think the psychology of excluding a food is underestimated,’ says Warner. ‘When you cast something as the devil, you run the danger of giving it an allure that it never really had.’ Warner argues that this can lead to placing carbs on an irresistible pedestal. Abstainers are likely to crack and binge unhealthily, resulting in a dangerous gorge/restrict cycle and a problematic relationship with food. It also takes a toll on our social lives. ‘The social aspect of food is really important,’ adds Warner. ‘Many studies show that diet-forced social exclusion causes genuine health problems.’

It’s common to restrict carbs in order to lose weight, and while it probably will have the desired effect, the carbs are actually irrelevant. ‘You lose weight because you’re watching portion size, cutting the bad stuff that accompanies carbs – like creamy sauces – and saying no to things like biscuits,’ says Toogood. Essentially, if you cut anything out, you’ll lose weight, at least to begin with. ‘It’s down to strict rules, not the food group,’ adds Warner. ‘You’ll temporarily lose weight – but you have to ask yourself if it’s sustainable or indeed if it’s forever.’

5 ways to maintain a positive relationship with carbs

1 Watch your portions Toogood recommends using the hand method – a clenched fist of carbohydrate, a palm of protein.

2 Be realistic Opt for ‘good carbs’, such as wholegrains and wholemeal options, but don’t punish yourself for enjoying pasta made from refined flour every now and again.

3 Normalise carbs Take them off that pedestal and treat them as a normal part of our diets. Making them virtuous or guilt-ridden won’t help.

4 Ignore the fads We’re always trying to find the latest exciting thing, but there’s a reason trends come and go so fast. No one wants to hear this, but plain common sense always wins out in the end.

5 Mix it up Try new vegetables and eat a variety of foods – if your carb intake is high, this will naturally reduce it by crowding them out.

Read more: 10 ways to be clever about carbs 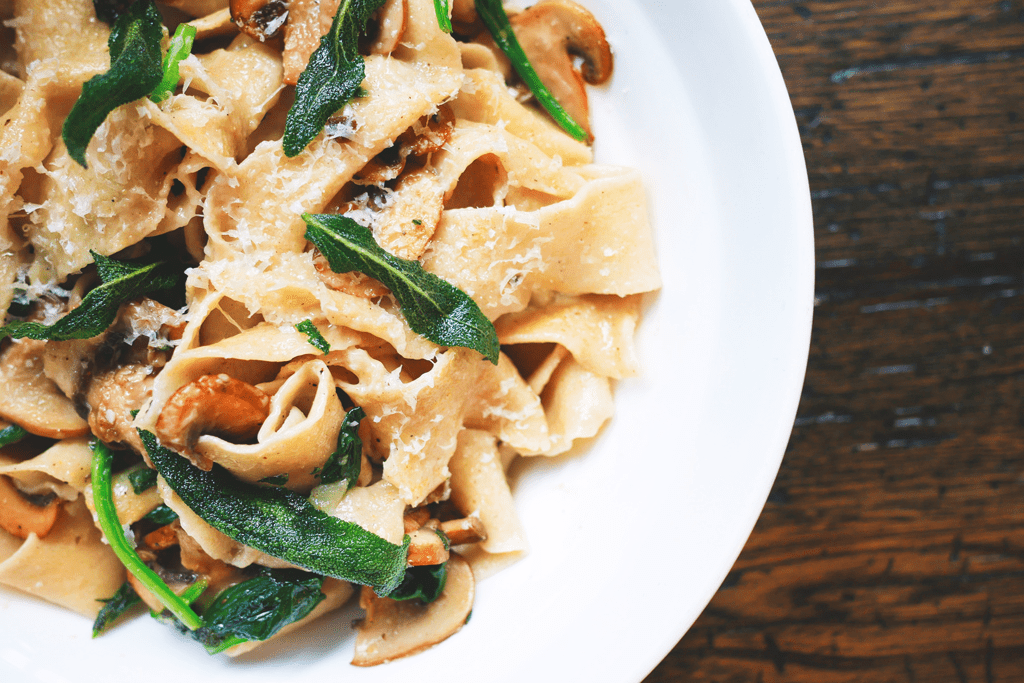 Article Name
Are carbohydrates good for us?
Description
Carbohydrates are one of the more misunderstood nutrients with people not sure how bad or good they are for the body. We separate fact from fiction here.
Author
Hattie Parish
Publisher Name
Healthy magazine
Publisher Logo