5 things you learn at Barry’s Bootcamp 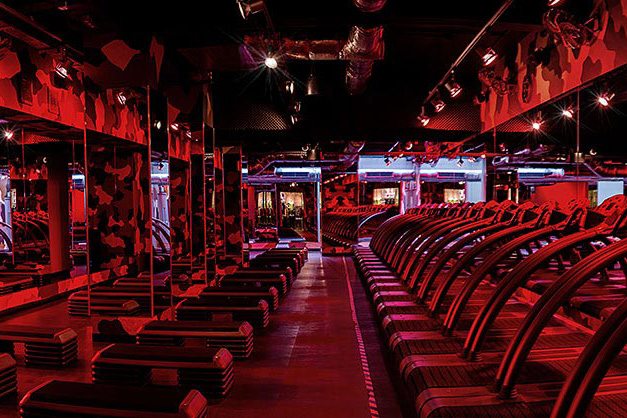 This infamous bootcamp was dreamt up by Barry Jay in West Hollywood (where else?) in 1998 and quickly earned the accolade of ‘Best Workout in the World’. Everyone from Ellie Goulding to Jessica Alba are fans of the class that torches an amazing 1000 calories per hour with a relentless mix of intense sprints and floor-based weight circuits. It’s earned a reputation for being tough – but does it live up to its hype? We got jelly-legged and soggy T-shirted to find out; here’s what we learned.

Time flies
If not ‘when you’re having fun’, then at least when you’re keeping your brain and body guessing. At the start of the class our group split in two, and half of us take the treadmills, while the others hit the floor. There, they start resistance exercises that target a particular body part like dumbbell chest presses, or press-ups. But this is Barry’s, and a press-up isn’t just a press-up. Instead, you begin in plank position, holding a dumbbell in each hand to add instability, making the ultimate full-body move work you that much harder.

Together this combo adds up to an impressive, full-spectrum workout. The strength training helps you build muscle, strength and bone-density – and keeps your metabolism firing through those calories long after you’ve exited Barry’s basement. The full-on cardio, meanwhile, gets your blood, and your mood pumped.

Tight and toned women lift big
Although I’ve read countless times that women don’t have the physiological ability to ‘bulk up’, it didn’t really sink in until I was loitering around the weights rack at Barry’s. Guilty of the ‘I’ll have what she’s having’ complex, I clock the women who are lean and hewn to perfection and sneak a glance at their KG’s. Not one of these taut and tiny specimens are rocking the small 2kg weights I had been eyeing up. Lesson learned.

Reverse crunches exist
And they are the absolute worst. After a sweaty round of sprints, trainer Shane adopts a sinister tone and announces that we’re to set our treadmills into dynamic mode, and arrange ourselves into a plank position. Cue groans from the regulars to my right. Drawing our knees into our chest, we drag the treadmill belt forward, and push it slowly away. After five gaspy attempts, everything is shaking uncontrollably. No doubt about it, in 30 minutes, Barry’s has helped me hit locate and work muscles I never knew that I had.

Californian can-do spirit is genuinely motivating
I thought I was a cynic when it comes to all things ‘Yeah! Go team!’ But when you’re running for your life with Chase and Status blasting on the speakers, surrounded by 20 or so others who are all fired up on endorphins, it’s kind of great. ‘You’re nearly there! Give this every last f**king thing you’ve got!’ trainer Shane bellows. Obediently, I crank up the speed; after hovering in my safe zone of 7mph, I spend the final minute hammering at the buttons next to the red-lit speed gauge, legs flailing, until I reach 11.

As is the all-frills approach
But it’s not all pain, sweat and misery. When you’re panting and feeling like the end is imminent, the thought of a shower stocked with delicious-smelling organic smellies from New York-based apothecary Malin + Goetz is a big comfort. Overhearing trans-Atlantic accents discuss rumours that the Beckhams and Guy Ritchie are regulars whilst fixing my hair with GHD’s is enjoyable, too. As is flicking through glossies and sipping a pimped-out protein shake (a glorious blend of peanut butter, chocolate, coconut and whey powder) post-class. Barry may push you to edge and beyond, but he sure knows how to reward you after.

Intrigued? Sessions are £20 for one, or you can book a bundle of five for £90. Head to www.barrysbootcamp.com 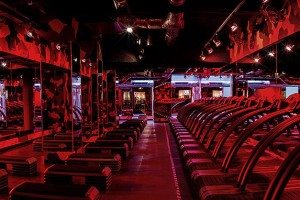