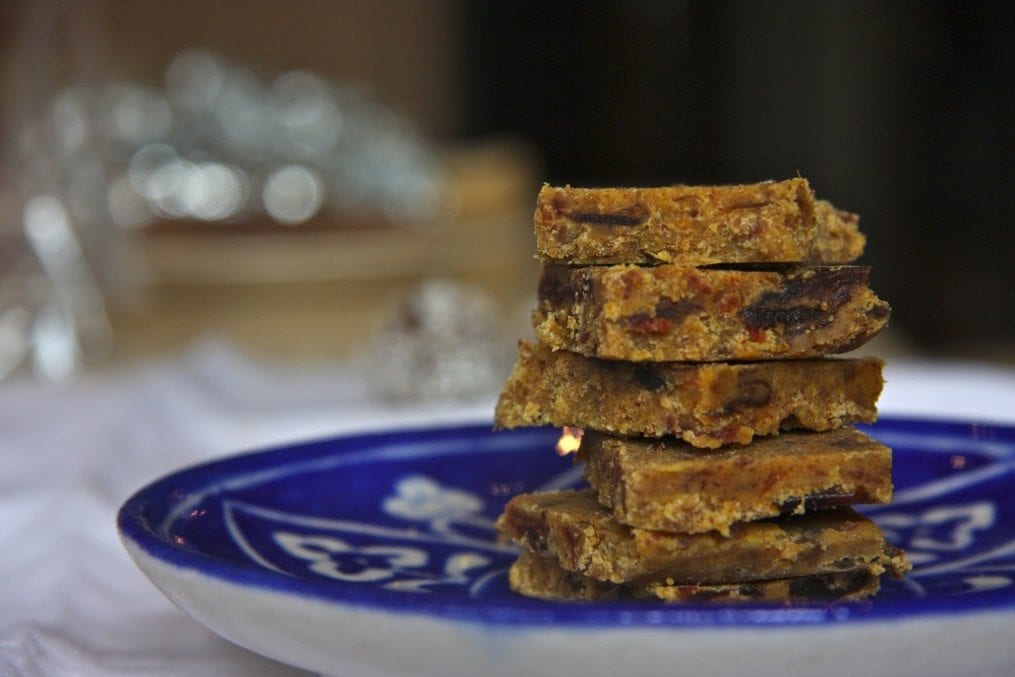 These chewy, gooey treats will go down a storm at teatime. And they’re packed with ginger, which is good for calming queasiness and has anti-inflammatory benefits, too.

‘Chickpea flour is so versatile and there’s so much you can do with it, both sweet and savoury,’ says star foodie Mira Manek, who rustled up this recipe.  ‘This is a gingery adaption of my Coco Fudge, which is sold in cafés including Raw Press and the Holborn Dining Rooms in London. I’ve also added a handful of oats in these flapjacks, just to give it that slight crunch.’

2 Continuously stir the chickpea flour mixture for around 15 mins until the mixture starts to thicken and you notice the colour change very slightly from yellow to orange/light brown.

3 Now add the warmed dates and stir them until they melt. The mixture need not be entirely smooth. Now add the oats, grated ginger, cinnamon and ginger powder, and stir everything together.

4 Lay the mixture in a flat pan or baking tray and let it cool for 10-15 mins before cutting into pieces and eating.

Learn more about all the amazing things spices can do for your body in the December/January issue of healthy – out now!

To read more about Mira and her recipes, head to miramanek.com 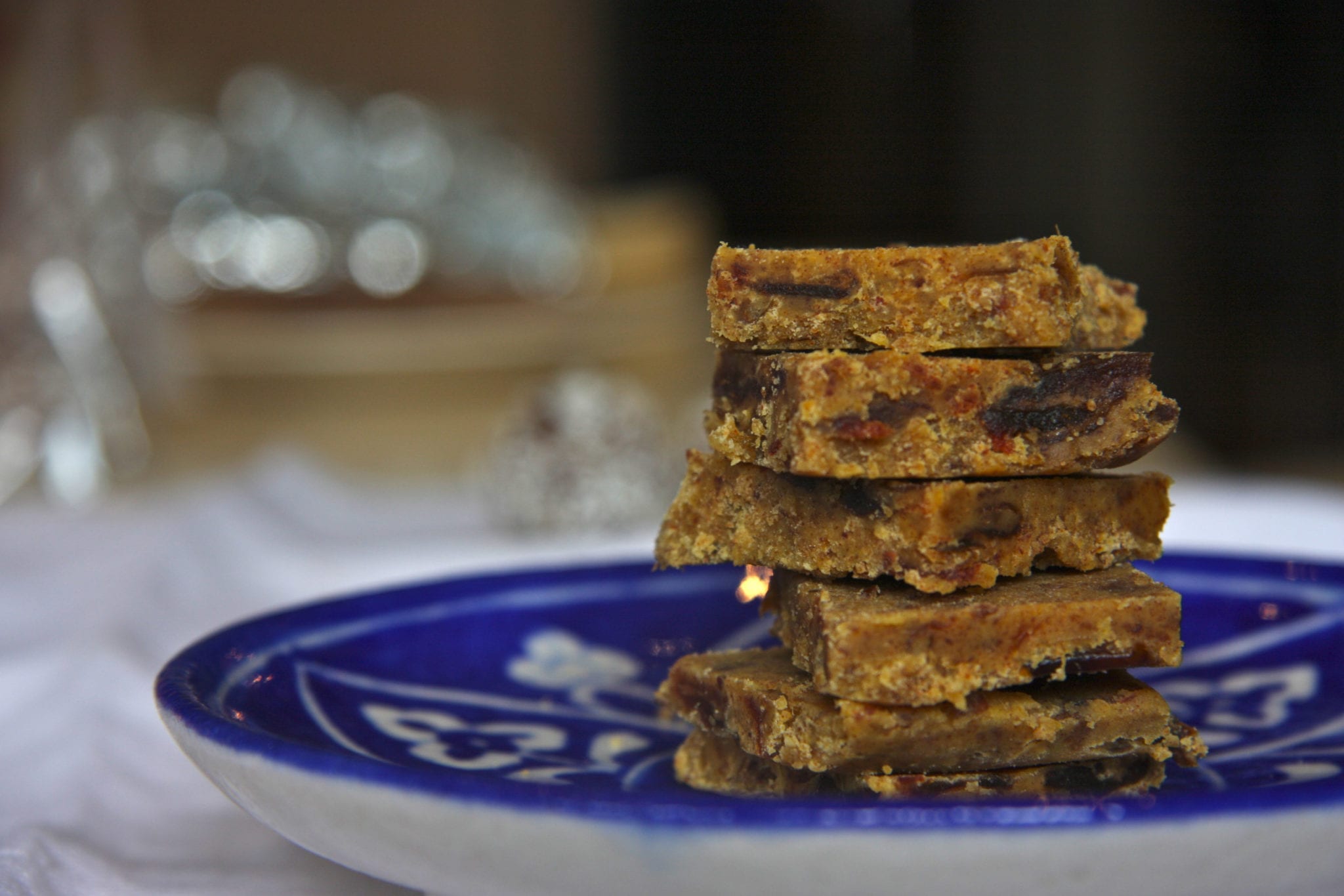