The decade-old eatwell plate gets an update

By Laura Potter
The government’s plate, which included refined white carbs and sugary drinks has been updated. We welcome it, but think it could go further 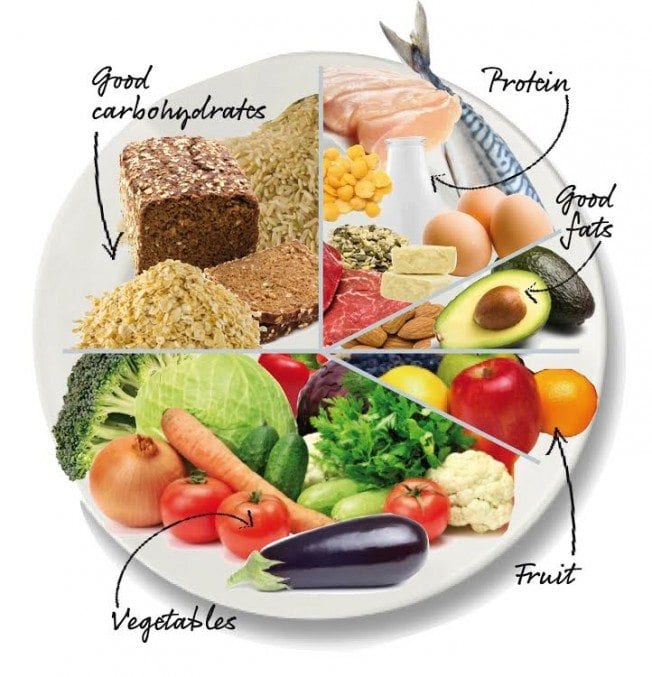 Finally! Today the eatwell plate – the government’s official advice on what makes up a healthy plate of food – has been updated for the first time in a decade. It’s fantastic news, but long overdue; we at healthy have been calling for an update since summer 2015, when we devised our own healthy plate (see below) to reflect the very latest findings on what constitutes a healthy, balanced diet.

“Our plate reflects the Mediterranean diet, which has been linked to a host of health benefits, including reduced risk of cancer and heart disease,’ said Ellie Hughes, healthy’s editorial director. We nicknamed it the ‘eat better’ plate and it was roundly approved by experts; ‘The healthy eatwell plate is very sensible, and the good fats and ratio of vegetables to fruits are both important but doable messages,’ said nutrition therapist Ian Marber (ianmarber.com). ‘It’s aspirational, but it should be aspirational.’

The government’s eatwell plate, devised by the Food Standards Agency (food.gov.uk), is there to advise us on the basics of a healthy balanced diet, but let’s face it, so much has changed in the world of nutrition since Britney and Kevin split and Facebook was born, that it’s been begging for an overhaul.

READ MORE: Get your 5 a day: Madeleine Shaw’s foolproof tips

The newly launched plate is undeniably a step in the right direction; they’ve taken sugary treats off the plate entirely and instead placed them on the side, echoing our assertion that ‘as sugary treats are not recommended for a healthy diet, they’re not included on our plate’. They’ve also specified a limit on fruit juice, including smoothies, and emphasised that carbs should be wholegrain, plus they’ve given some plant-based dairy alternatives a mention – but we would like to see it go further still.

Firstly, we feel that a clear separation between fruit and vegetables would make it abundantly apparent that vegetables should make up the majority of our five – or preferably seven – a day. Of course fruit is beneficial for all the phytonutrients and fibre it contains, but it still contains natural sugars, which can cause peaks in blood sugar levels, encouraging the laying down of fat. In fact, a huge piece of research, which suggested eating seven portions of fruit and veg a day gives a 33 per cent reduced risk of death compared with eating less than one portion, specified that the risk of death from any cause was lowest in people eating less fruit and more vegetables. Three of your five a day should be vegetables, or five of your seven a day.

We’re also not keen on the inclusion of low-fat dairy options, such as yoghurt, as foods labelled as ‘low fat’ often contain added sugar to give more flavour. In line with our Mediterranean approach, we would like to see a strong focus on the inclusion of good fats – nuts, seeds, healthy oils, avocado and the like. We aren’t expecting chia seeds or flax (though feel free to go ahead!), but with the abundance of evidence supporting essential fatty acids, we would like the public to reap the benefts of including them in their diet. Couldn’t a solitary avo be squeezed in the veggie section? And the sliver dedicated to unsaturated oils, though useful, could do with some suggestions; olive, sesame, rapeseed, sunflower, coconut and flax oils.

READ MORE: 5 simple ways to cut down on sugar

While we fully support the effort to remove all those white, refined carbs from the plate (how on earth were they there in the first place?), we’d like to see a little more variety and guidance on the best wholegrain, slow-release options, from rye to, dare we say it, quinoa. And finally, we’d like the protein portion of the plate to go further, with more focus on plant-based options like legumes, and the removal of processed meats altogether – they don’t form part of an ideal diet, so like the cakes and puddings we all enjoy occasionally, they should be popped on the side, not included on the plate.

We stand by our healthy eat better plate, launched in summer 2105, where a quarter is made up of ‘good’ carbohydrates – slow-release, low-glycaemic index carbs such as brown rice, granary or rye breads, or oats. A further quarter is made up of protein, such as white and (some) red meat, fish and veggie-friendly options such as eggs, dairy and legumes, with a sliver of that quarter apportioned to good fats, oily fish, nuts, seeds and healthy oils (olive, flax and coconut). Almost all of the remaining half is green and salad vegetables. The final small piece of the pie set we aside for whole fruit.

Feel free to share this article if you agree that while the new guidance is good, it could be great, and print out our plate to stick on your fridge as a healthy reminder. 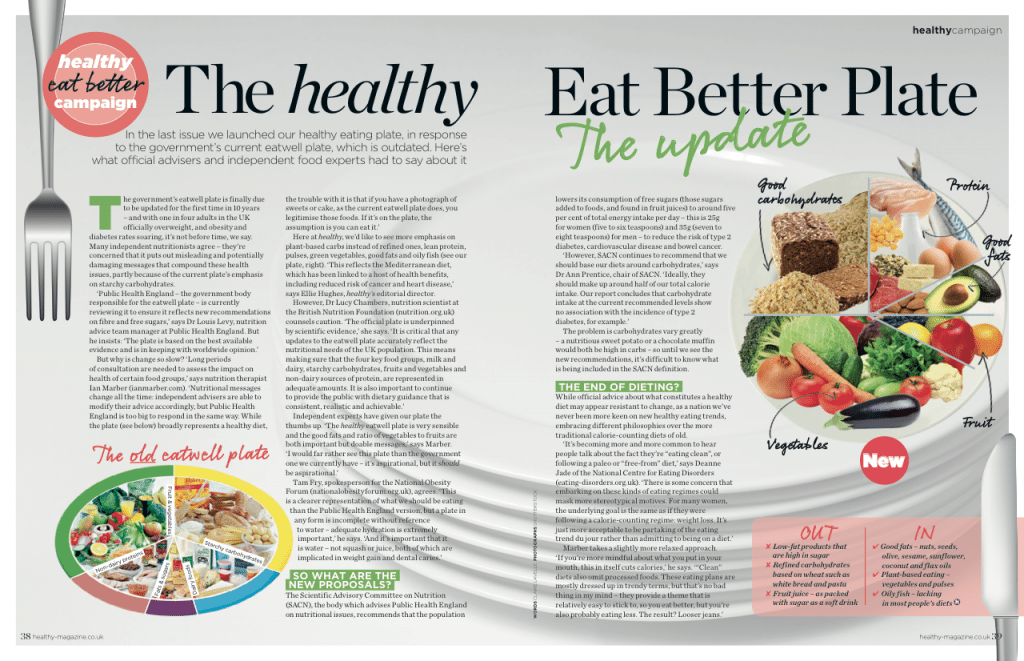 What do you think about the new eatwell plate? Tweet us at @healthymag – we love to hear from you! 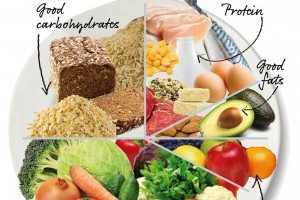 Article Name
The decade-old eatwell plate gets an update
Description
The government’s eatwell plate, which included refined white carbs and sugary drinks has been updated. We welcome it, but think it could go further.
Author
Laura Potter
Publisher Name
Healthy Magazine
Publisher Logo