By Francesca Specter
Rich in phytonutrients, this ancient supergrains porridge is high in protein for sustained energy 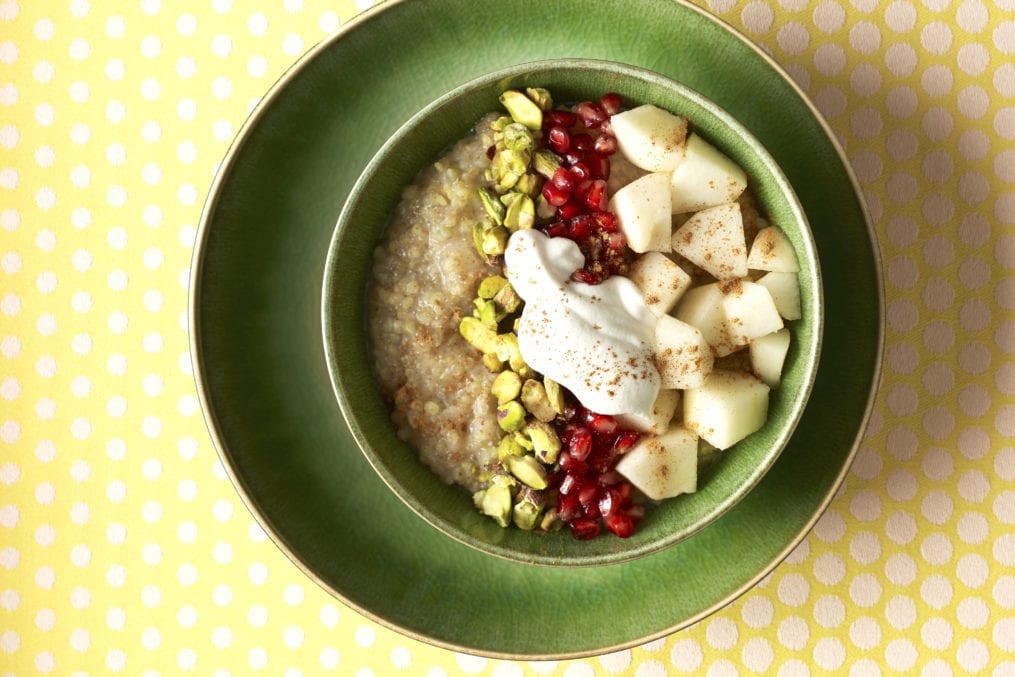 1 Combine the grains and soak overnight in double the volume of water. In the morning, drain and rinse well.
2 Place the grains in a saucepan with the milk. Bring to the boil, then turn down the heat and simmer gently for 15 minutes, stirring occasionally, until most of the milk is absorbed and the grains are soft – these grains have more texture and “bite” than oats.
3 Add some more milk if you like your porridge a little runnier.
4 Roughly mash half the pear with a fork and stir through the porridge. Cut the remaining pear into chunks.
5 Place the porridge in a bowl and top with the chunks of pear, pomegranate seeds, pistachio nuts, a drizzle of cashew cream, and a pinch of cinnamon.
6 Sweeten with raw honey to taste.

This ancient grains porridge recipe is from Power Bowls (DK, £6.99) 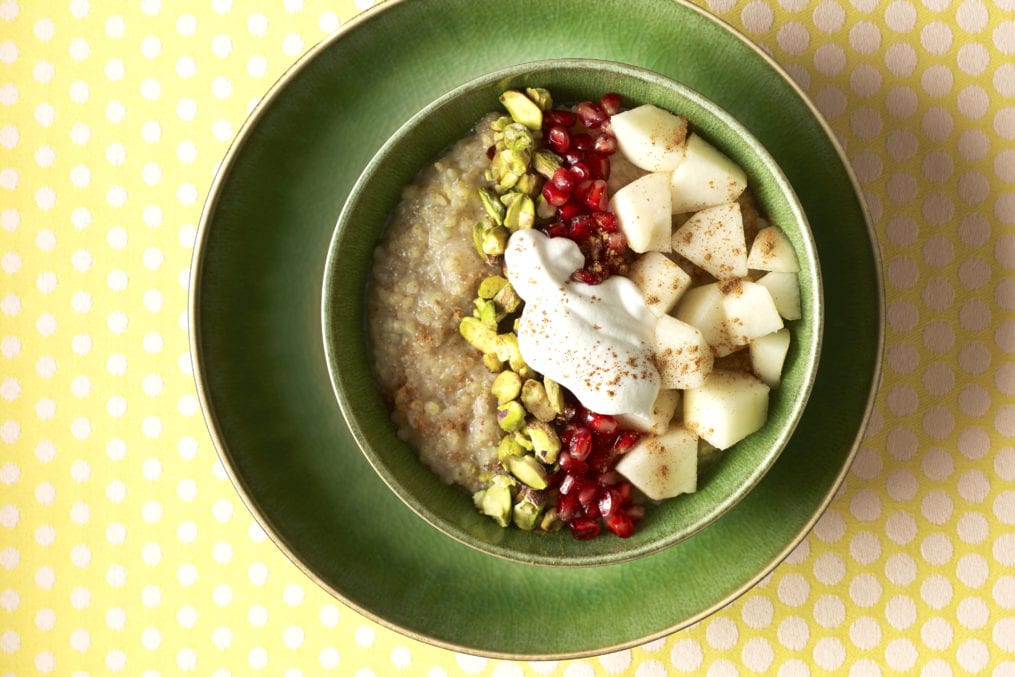 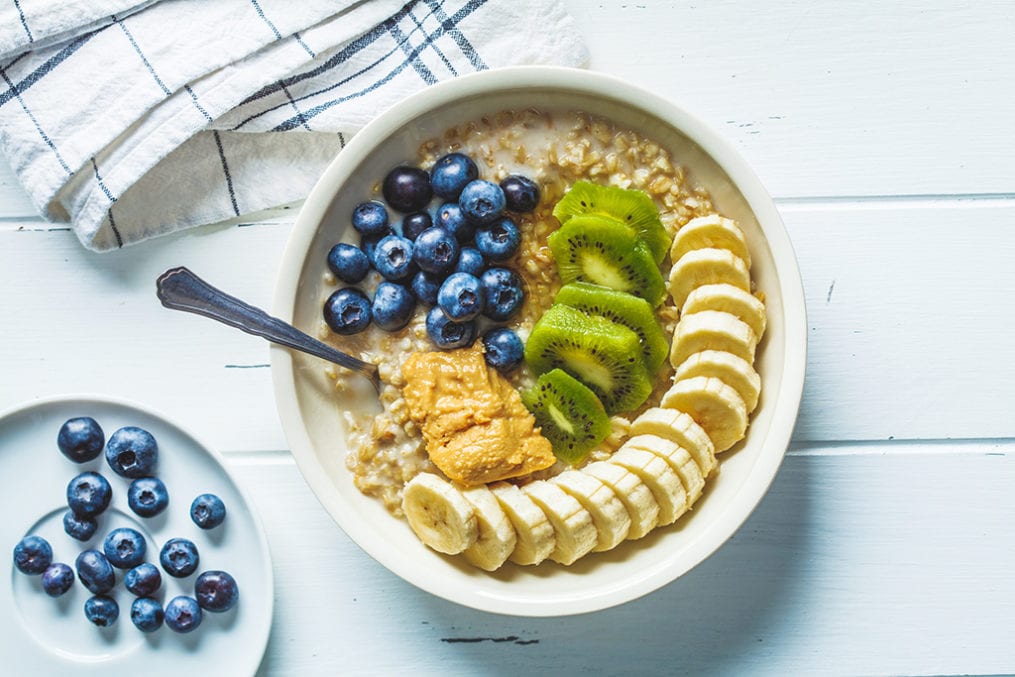 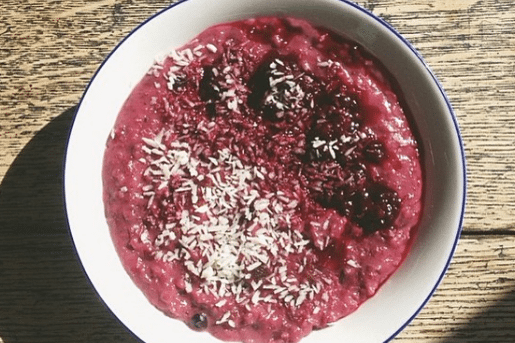 Food Stirring it up: 5 porridge recipes we love on Instagram It's all about the oats 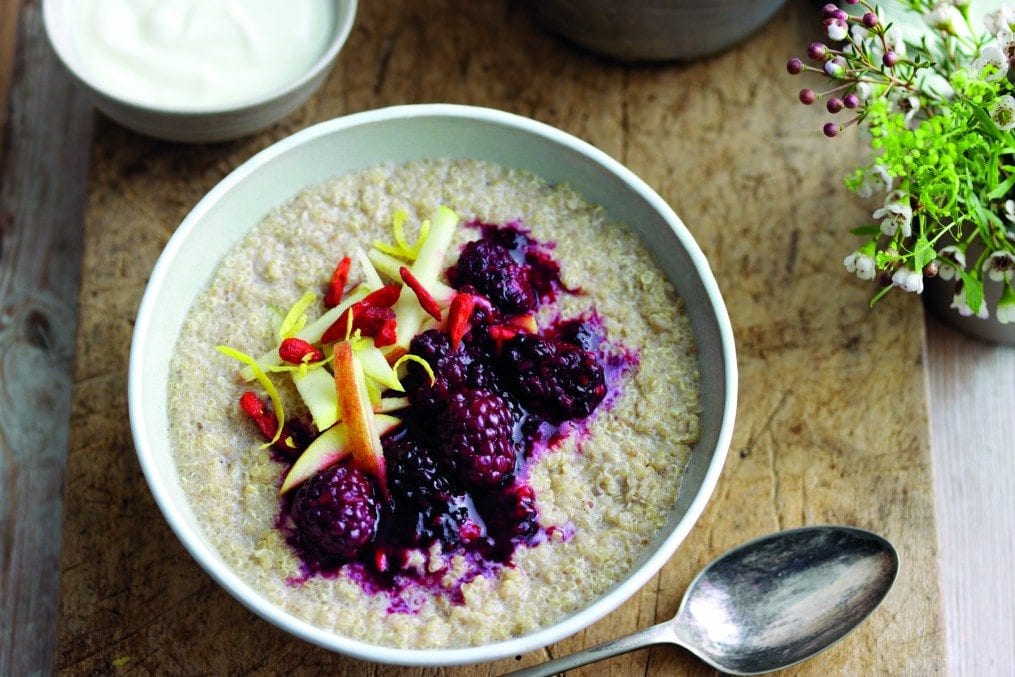 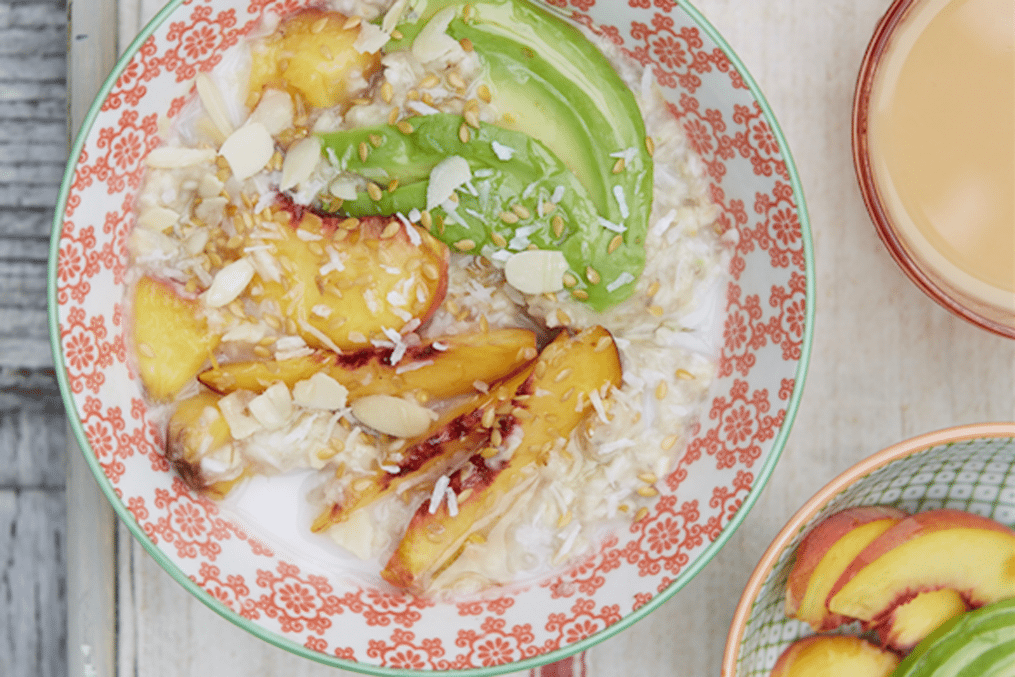