By Helen Foster
It's time to take a break from booze 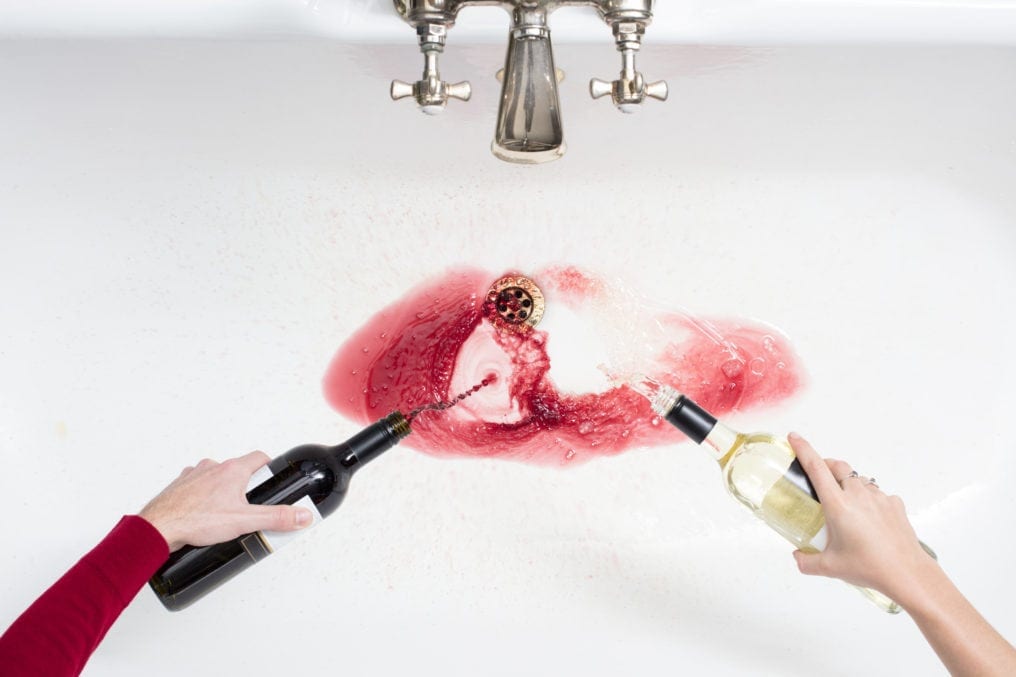 Going through a dry spell is a trend that more and more of us are getting behind with month-long stop drinking campaigns like Stoptober and Dry January seeing millions take part.

Now health officials are urging middle-aged drinkers who indulge in regular tipples to put down our glasses and have more alcohol free days each week.

Higher alcohol consumption is linked with serious illnesses, such as heart disease, higher blood pressure, and cancer. The effects of alcohol on the body can be life-changing.

However, recent studies have shown that social drinkers who take time off from the bottle see a host of health benefits.

Here healthy contributor and award-winning health journalist, Helen Foster, shares 10 brilliant tips from her book Quit Alcohol (For a Month) to help you take more breaks from the booze.

1. Brunch and breakfast are your friends

They’re a perfect opportunity to catch up with mates, but don’t come loaded with the expectation to drink.

Read more: How to improve your drinking habits

This technique sees you tap parts of your body five to seven times. The theory is that many people drink to hide their emotions. So if, for example, you’re fairly shy, you’ll drink at a party to boost your confidence. Or, if you’re stressed or unhappy, you might drink to take the edge off problems you don’t want to deal with. The theory behind tapping is that you release the energy associated with these emotions and the urge to have a drink goes with them.

It might sound far-fetched, but researchers at Mount Sinai St Luke’s Hospital in New York tested the technique to fight food cravings and found it helped, so it’s likely it will work for alcohol cravings, too. There are lots of techniques, but one of the easiest to remember (and to do in a pub or bar) is to tap beneath your eye, then your collarbones, while repeating: ‘I might want a drink but I don’t need one’. Do it five to 10 times and feel the cravings disappear.

Wavering in the off-licence or at a friend’s birthday party? Before you make any decision, take two deep breaths and tell yourself to make the right choice for you. At one point during each of my months off, I’ve thought ‘Oh, I’ve done 10 days now, one drink won’t hurt’. Taking deep breaths gave me time to realise that, as my aim was to quit alcohol for a month, one drink would prevent that happening.

4. Simply keep telling yourself that you don’t drink

According to a study at the University of Houston, Texas, saying: “No thanks, I don’t want [whatever it is you’re trying to cut back on], makes you twice as likely to resist temptation than if you say, “No thanks, I can’t have that.”

Saying “I can’t” signals that you’re giving up something desirable, but saying “I don’t want it” gives you a sense of empowerment.

Read more: What happens when I have a hangover?

If every time you sign into your email, you type: “Nodrinks2day”, it will help to reinforce in your head the choice you’ve made. There’s an entire movement in the USA called ‘positive passwording’ looking into the psychology of this tweak and how it can change people’s lives.

6. Leave an event before you get bored

If the atmosphere feels dull, you’re far more likely to reach for alcohol in order to numb the feeling – or to try to liven things up a bit.

Most of the time, the urge to drink is simply a craving. It hits quickly, hits hard, consumes your thoughts and is often weirdly specific. But, if you can distract yourself, it will pass – normally within quarter of an hour.

Go to brightly lit places. Or sit by the window. You make healthier choices in brightly lit environments as light raises self-control say US researchers.

9. Order first when you’re out in a group

You’re more likely to stick to your choice if you do. A good trick, if you’re out for dinner, is to arrive five minutes before everyone else and to order at least one big bottle of sparkling water for the table. Then get the waiter to take your wine glass away.

10. Just aim to get through the day

If a month without alcohol seems impossible, think differently. Goals are often easier if they’re broken into small chunks – the more immediate and achievable the better. When you wake up, setting yourself a goal of not drinking that day might work better than telling yourself you’re not going to drink for a month. Focus on a day at a time and you’ll be done before you know it.